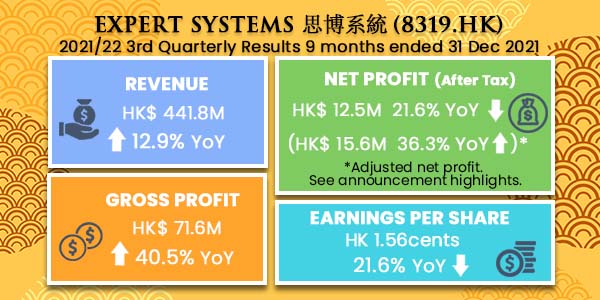 Our revenues and gross profit continued to grow, and gross profit margin continued to improve for the nine months ended 31 December 2021.  We delivered strong growth of 36.3% in Adjusted Net Profit after excluding the effect of acquisition-related expenses and government subsidy under the Anti-Epidemic Fund.  Since 8 October 2021, the performance of ServiceOne International Holdings Limited (“S1IHL”) has been consolidated into our financial statements.