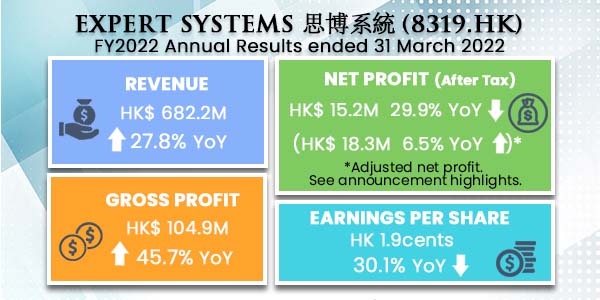 FY22 marked our 6th consecutive year-over-year revenue growth and reached a record high at HK$682.2M since listed! We want to express our appreciation to our employees for their hard work and the tremendous support from our customers, partners, shareholders, and directors last fiscal year.