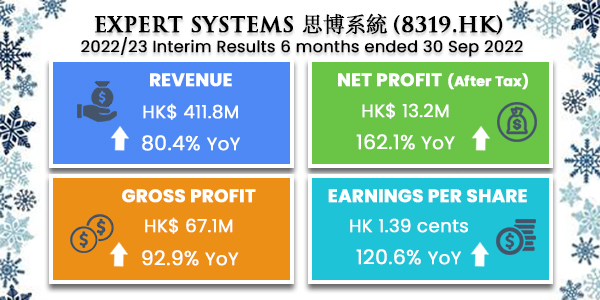 In the first half of the current fiscal year, we achieved remarkable year-over-year growth and reached “Grand Slam” record highs in terms of revenue, gross profit, net profit and basic earnings per share when compared with the corresponding period of all prior fiscal years since listed. We sincerely thank all customers, partners, employees, directors and shareholders for their continued tremendous support!